As the Rangers struggled against Lord Zedd’s monster Four Head, Zordon introduced them to a new Carrierzord that could combine with their Thunderzords. Tor was created when Zordon fused a green crystal with a turtle. The Zord could transform into a Warrior Mode by “standing up” and retracting its head and neck; Tor’s back would then become the front of the Zord. In this mode, it could shoot rockets out of its fingertips, and could open up its chest for the Red Dragon Thunderzord to enter it and re-energize. Presumably it could do the same with any of the Rangers’ Thunderzords, but this was never shown onscreen.

Tor’s default mode is Shuttle Mode, where it can hold a ranger’s Zord for protection or combine with the other six Thunderzords to create the Thunder Ultrazord. Tor was used primarily to withstand the might of Serpentera, a massive Warzord that could easily crush any of the Rangers’ Zords in a confrontation. It was first used in this way when the Rangers went to retrieve the Sword of Light, with Jason docking his Red Dragon Thunderzord into Tor to buy time against Zedd. It was later modified so that it could drain Serpentera’s energy, which proved invaluable in a later confrontation with Zedd. 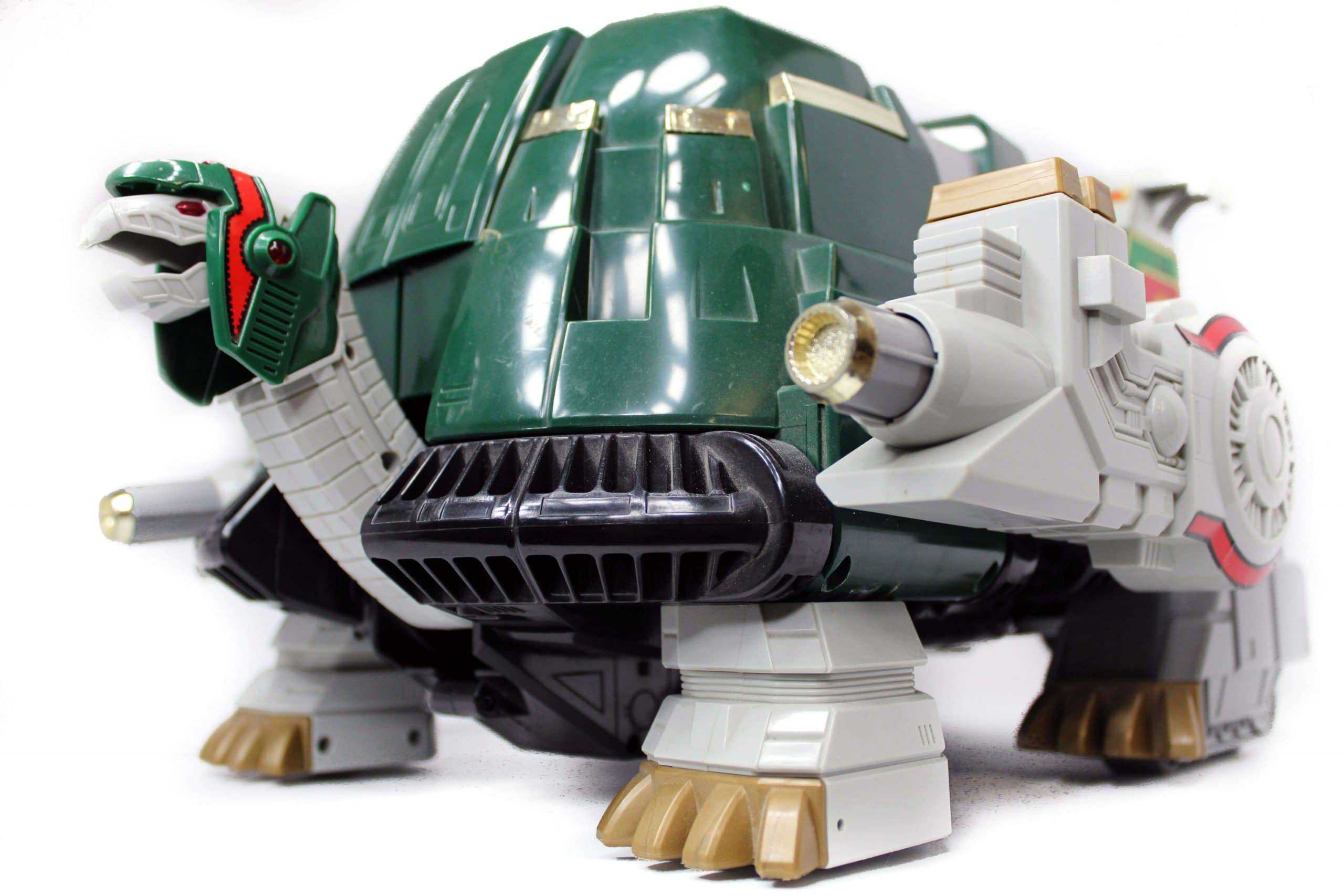 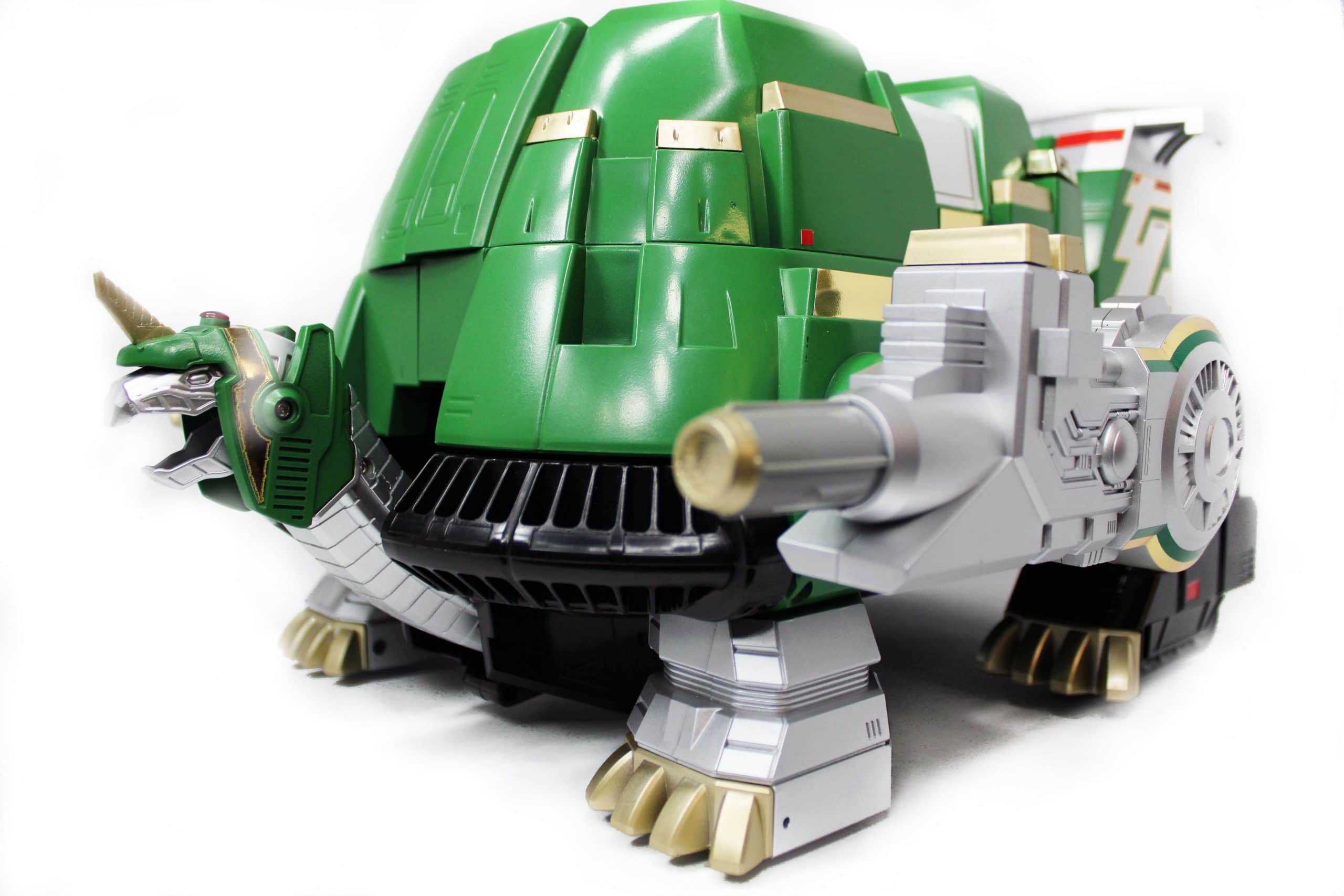 Be the first to review “Tor The Shuttlezord” Cancel reply